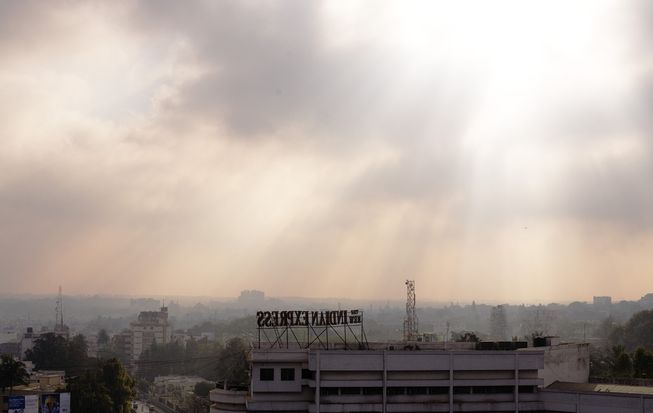 Cities ranging from Paris to Beijing are still struggling with chronic air pollution in the 21st century, and the the extent of the health problems that are caused by such pollution is even worse than many of us could have imagined. That’s according to arecent report from the World Health Organization.

1 in 4 deaths linked to poor environment

The report, based on an examination of global data, states that a staggering 1 in 4 global deaths was the “result of living or working in an unhealthy environment in 2012.”

That is an utterly shocking amount and it is a powerful reminder that environmentalism is not just about protecting wild spaces, or preserving nature. In fact, cleaning up our air and water should be seen as one of the most effective, important investments we could make in helping our own species thrive. Here’s how Dr Margaret Chan, WHO Director-Genera, described the choice we face:

A healthy environment underpins a healthy population. If countries do not take actions to make environments where people live and work healthy, millions will continue to become ill and die too young.

Interestingly, the report is not all bad news. While air pollution (including exposure to second-hand tobacco smoke), contributed to as much as 8.2 million of the 12.6 million deaths identified, deaths from infectious diseases, such as diarrhea and malaria, often related to poor water, sanitation and waste management had significantly declined. In other words, there is significant potential to slash deaths and improve public health, and there is a precedent for doing so. We just have to put our mind to it.

The potential of clean tech to improve our health

Given the fact that world-leading cities like London are embracing the bicycle and breaking up with the motor car; that renewables are beginning to compete directly with fossil fuels without government subsidies; and that more and more car manufacturers are getting on the emission-free bandwagon, and we can expect to see air pollution drop in major cities in the coming decades. Kerosene lanterns, a major source of indoor air pollution and respiratory health issues, are also on the way out thanks to affordable solar lamps, and urban planners are embracing tree planting too which could have a direct positive impact on our health.

It’ll be interesting to see where these statistics are once the low carbon, clean energy economy truly kicks into high gear.