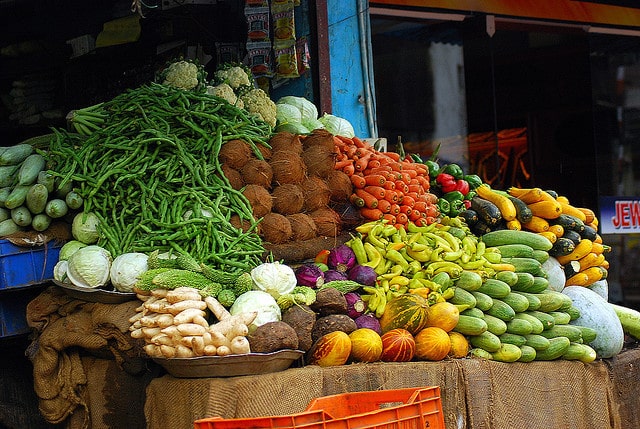 The Dietary Guidelines Advisory Committee, a federally appointed panel of nutritionists created in 1983, decided for the first time this year to factor in environmental sustainability in its recommendations. They include a finding that a diet lower in animal-based foods is not only healthier, but has less of an environmental impact.

The meat industry is lashing back, contending the panel has neither the authority nor the expertise to make such a judgment.

“When you talk about the lens of the dietary guidelines it’s just not appropriate for the advisory committee to enter that conversation when they were asked to look at nutrition and health science,” said Kristina Butts, executive director of legislative affairs for the National Cattlemen’s Beef Association.

The North American Meat Institute (NAMI) agrees, saying sustainability is a complex issue best left to a body that specializes in the environment.

“The same concern would exist if an expert sustainability committee were making nutrition policy recommendations,” Betsy Booren, NAMI’s vice president of scientific Affairs, said in a public meeting last week. “It is not appropriate for the person designing a better light bulb to be telling Americans how to make a better sandwich.”

The Agriculture Department and Department of Health and Human Services will use the committee’s report and recommendations to draft the final guidelines for 2015, due out later this year.

But even Agriculture Secretary Tom Vilsack has said sustainability is an issue that falls outside the scope of the guidelines.

“I read the actual law,” he was quoted saying in an interview with The Wall Street Journal. “And what I read … was that our job ultimately is to formulate dietary and nutrition guidelines. And I emphasize dietary and nutrition because that’s what the law says. I think it’s my responsibility to follow the law.”

But members of the committee say they had free reign to discuss food supply in recommending what people should and shouldn’t be eating.

“The scope is ours to fully define,” said Barbara Millen, chairwoman of the advisory committee and a professor in the Department of Family Medicine at Boston University School of Medicine.

“Because we are encouraging Americans to eat more seafood, we felt we needed to look at the sustainability of that issue as well.”

In response to the claims about a lack of expertise, Millen said the panel did bring in two domestic sustainability experts to work with the committee members.

The 571-page report says the average U.S. diet has a larger environmental impact in terms of increased greenhouse gas emissions, land use, water use and energy use than the healthy dietary pattern it suggests — one that’s rich in vegetables, fruit, whole grains, seafood, legumes and nuts; moderate in low- and non-fat dairy products and alcohol; and lower in red and processed meat, sugar-sweetened foods and beverages, and refined grains.

In its review of scientific studies, the committee highlighted research concluding that a vegan diet had the most potential health benefits.

The committee’s report says people should eat less red and processed meat because it contains saturated fats, which when over-consumed can lead to cardiovascular disease, and instead recommends Americans eat more vegetables and nuts.

Though consumers have never been known to strictly follow the final guidelines, NAMI’s spokesman Eric Mittenthal said the recommendations do impact federal programs like school lunches, WIC, the special supplemental nutrition program for women, infants and children, and military rations.

But Millen said industry is misunderstanding their report, and overreacting.

She said the committee mapped out three diets for Americans to use as guidelines – a vegetarian-style, a Mediterranean-style and a healthy U.S.-style diet.

“If people took the time to understand, this is not a meat-free diet and this is not vegan approach, they’d realize this is a healthy dietary pattern with three models that offers consumers a lot of choice,” she said.

The committee’s Vice Chairwoman Alice Lichtenstein said there’s also a misunderstanding in the meat industry about what the committee actually does.

“We’re tasked with delivering a report to HHS and USDA,” she said.  “We don’t know how much will be factored into the final guidelines or not. Our job is to collate and review the evidence out there and deliver it to the secretaries.”

On Tuesday, Rep. Vicky Hartzler (R-Mo.) and 70 House Republicans sent a letter to HHS and USDA urging the final dietary guidelines to be based on sound nutritional science and adhere to the charter authorized by Congress.

In the letter, the lawmakers said they believe the advisory committee “greatly exceeded their scope in developing the recommendations for the secretaries of USDA and HHS.”

“It is the responsibility of the secretaries to ensure that this advisory committee stay focused on nutritional recommendations and not the wider policy realm of sustainability and tax policy, in which members of this committee had neither expertise, evidence, nor charter,” they wrote.

HHS and USDA have extended the written comment period from April 8 to May 8 to give the public additional time to comment on the advisory committee’s report.

An HHS representative said the departments would review the report, along with input from federal agencies and public comments to develop the final 2015 guidelines.