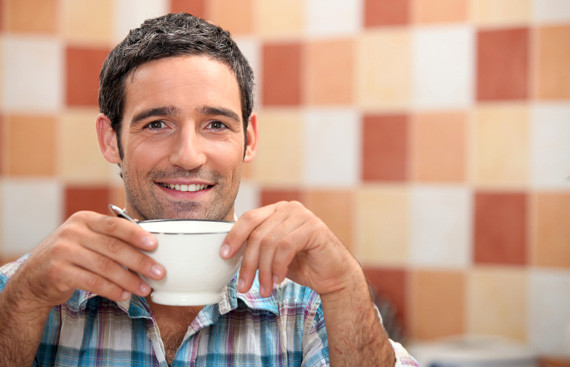 Here’s some good news for those who enjoy a coffee: scientists have managed to link regular consumption of it to a reduced risk of liver cirrhosis. Having two cups of coffee a day appears to reduce the chances of developing the disease by 44 percent, based on data from 430,000 individuals spread over nine studies.

“Cirrhosis is potentially fatal, and there is no cure as such,” lead researcher Oliver Kennedy from the University of Southampton in the UK told The Washington Post. “Therefore, it is significant that the risk of developing cirrhosis may be reduced by consumption of coffee, a cheap, ubiquitous, and well-tolerated beverage.”

The researchers analysed five cohort studies and four case-control studies involving 1,990 cases and 432,133 participants, and found that in eight of the nine studies, the risk of cirrhosis continued to decline as the number of cups consumed continued to rise, leading them to conclude that increasing coffee consumption may sub-stantially reduce the risk of cirrhosis. The team wasn’t able to distinguish between different types of coffee or brewing methods.

Cirrhosis is estimated to cause the death of around 1 million people every year, and can be caused by excessive alcohol consumption, hepatitis infections, immune disorders, and fatty liver disease (linked to obesity and diabetes).

Despite containing compounds that offer antioxidant effects and anti-inflammatory properties, coffee cannot reverse the “systematic damage” of lifestyle choices that tend to bring on cirrhosis, according to New York University senior clinical nutritionist Samantha Heller, who wasn’t involved in the study.

In other words, if you’re drinking too heavily, don’t expect a couple of cups of coffee to save your body from the punishing effects. However, it does appear that coffee offers some protection against the onset of the cirrhosis of the liver.

“This could be an important finding for patients at risk of cirrhosis to help to improve their health outcomes,” said Oliver Kennedy in a press release. “However, we now need robust clinical trials to investigate the wider benefits and harms of coffee so that doctors can make specific recommendations to patients.”

Few drinks attract as much attention as coffee from scientists. The hot beverage has previously been found to affect our circadian rhythms, lower the risk of skin cancer, and reduce the risk of developing diabetes. If you want to know all of the ways that the caffeine plays around with your body, consult this infographic.

The findings have been published in Alimentary Pharmacology and Therapeutics.