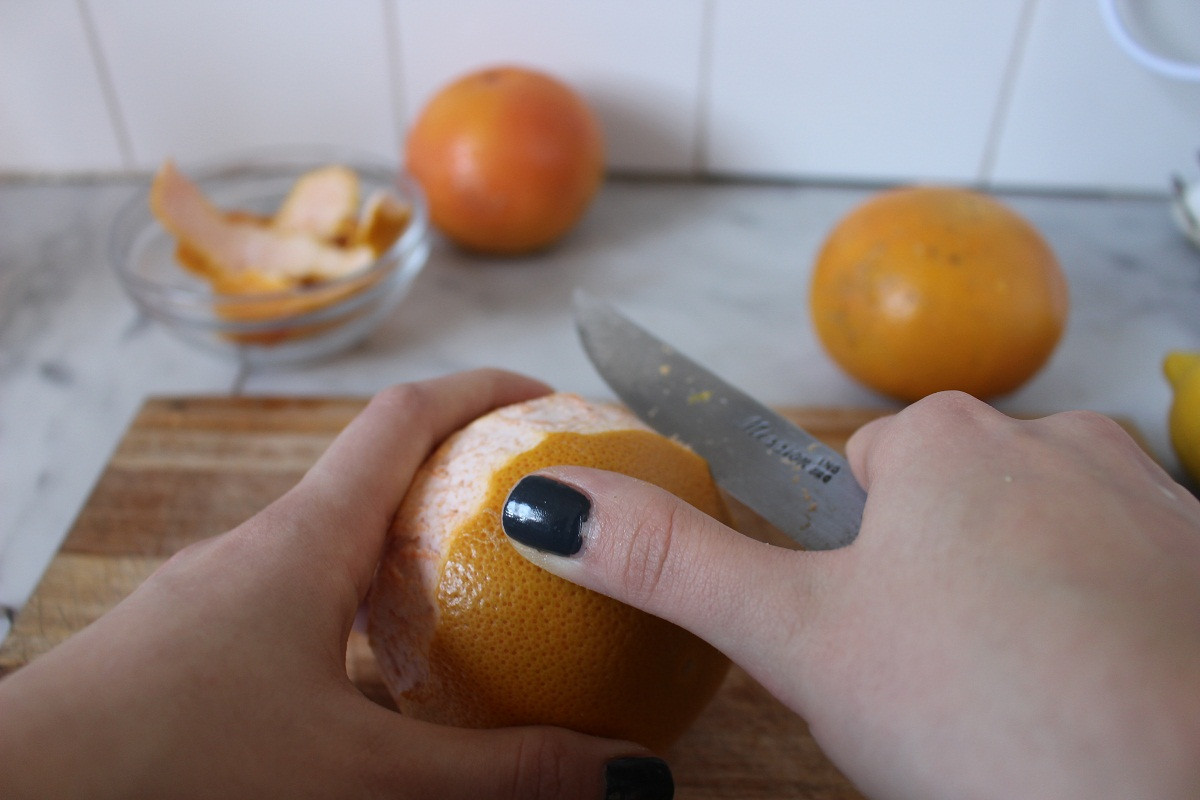 Grapefruit can add a refreshing twist to your menu while you are trying to lose weight. Just one grapefruit contains 100 percent of the Daily Value for Vitamin C as well as vitamin A, thiamine, niacin, magnesium, potassium, calcium and fiber, states the University of Florida’s Institute of Food and Agricultural Science. The institute also warns that some medications may interact with grapefruit, so it is best to speak with your doctor or pharmacist about your particular situation. It is best to consume grapefruit raw; however, you can still get some benefit from boiling and cooking it as well.

Boiled Grapefruit Appetizer or Snack
Step 1
Wash one whole grapefruit with vinegar or vegetable wash to remove any wax, dirt or pesticides. Use a clean washcloth to scrub the skin gently.

Step 3
Use a paring knife to cut the grapefruit into two halves on a cutting board or on a large platter. Wear protective mitts to prevent burns. Cut the grapefruit halves into halves again and so forth until you have 8 pieces of grapefruit.

Step 5
Cut the grapefruit slices into small cubes and place them in a large bowl. Sprinkle the pieces with sea salt to bring out the sweetness of the grapefruit. Drizzle some light olive oil over the grapefruit to add an extra layer of flavor.

Step 6
Pour any juice released from the grapefruit during the cutting process over the bowl of warm cubed grapefruit pieces. Taste a piece from the bowl and add more sea salt if necessary to cut the bitterness and enhance the natural sweetness of the grapefruit. Add fresh cut mint or parsley for garnish. Grapefruit contains nootkatone, which boosts metabolism by activating AMPK in the liver and skeletal muscles, according to Takatoshi Murase and colleagues in a study published in May 2010 in the “American Journal of Physiology — Endocrinology and Metabolism.” Although there have been some studies, there is still not enough scientific evidence linking the consumption of grapefruit to weight loss. Always check with your doctor before using any unproven methods.

Step 1
Cut the leftover grapefruit skin or rinds into small pieces. Place the pieces of grapefruit skin into the simmering water. Add 1/2 tsp. of sea salt to the water and grapefruit skin to cut the bitterness of the tea. Turn the water temperature back up to medium high and let boil for 10 to 15 minutes.

Step 2
Turn off the boiling pot of tea. Use a metal or wooden spoon to stir the tea for a few seconds. Cover the pot once again and let it sit for an additional 10 to 15 minutes.

Step 3
Pour the hot tea into a cup and enjoy it before bed, in the morning or anytime during the day. Strain the remaining tea after it cools and put it into a glass pitcher. Place it in the refrigerator to enjoy as a cool grapefruit iced tea or reheated as a warm tea.