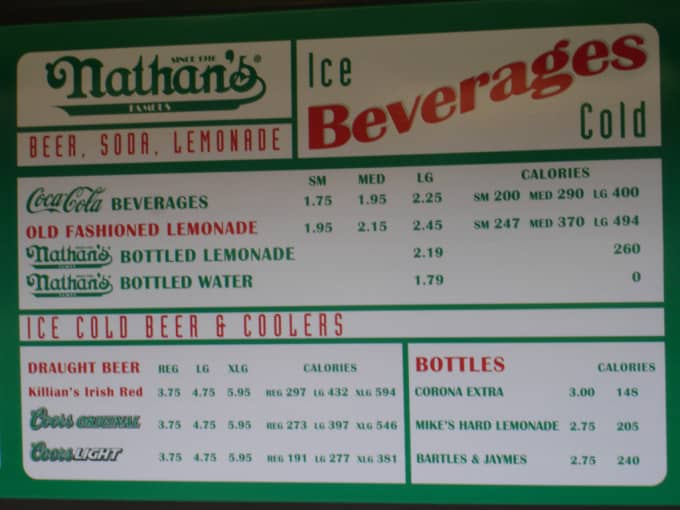 Hey, remember how the Food and Drug Administration gave restaurants a yearlong extension on the deadline for getting their act together regarding calorie counts on menus nationwide? They were supposed to get their acts together and post that information on menus nationwide by December of this year. Now, though, a new bill passed in the House of Representatives seeks to change that before eateries are forced to comply. Which wouldn’t be for another few years.

The new version of the bill leaves it up to companies to decide what a “serving size” is. This leads to ridiculousness like a bag of cookies in a vending machine being labeled as two or three “servings,” or pizzerias dividing their pies up into as many slices as they want to make dishes appear to be lighter in fat and calories.

Margo G. Wootan, director of nutrition policy at the Center for Science in the Public Interest, pointed out in a statement from the organization that this bill”would result in consumer confusion and prevent disclosure of straightforward, consistent calorie information at many food service establishments.”

As a food-eating consumer, here’s what you would need to know. Under the rules that were supposed to go into effect in December, a restaurant would have to give you the nutrition information for an entire pizza, since what you’re buying is an entire pizza, no matter how many people you share it with. The bill just passed would allow them to post nutrition information for one slice of pizza, since pizzas generally come pre-sliced. The bill pretty much leaves this up to restaurants, inserting this language (we bolded the parts that you should pay attention to):

In a joint statement by a number of public health organizations, health care providers, and government agencies, the experts point out that letting companies decide on their own serving size is a recipe for posting calorie counts for half-muffins.

Posting the total calories per menu item enables consumers to more easily compare different types of food items, such as nachos, chicken wings, or pizza, and leaves it up to the individual – not the restaurant – to determine how many people will share the item.

It would be deceptive to label muffins, entrees, desserts, and most menu items as multiple servings, since items are most often consumed by one person.

If the bill became law, it would also give food companies another few years to stall: new regulations would be written, which wouldn’t go into effect until at least two years after those regulations were released to the restaurant industry and to the public.