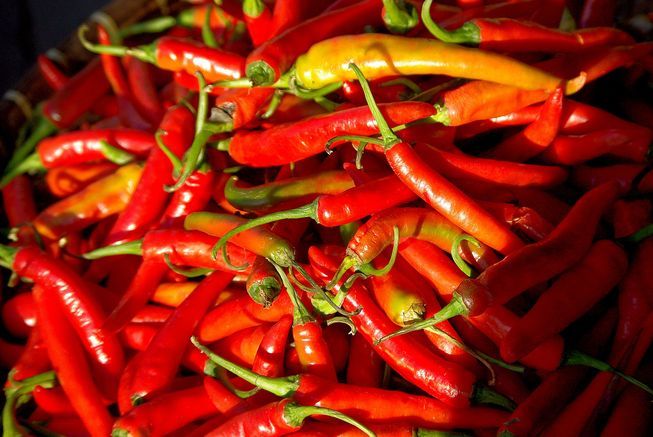 Firing up the flavors in your food may help you live longer: Eating spicy foods frequently may be tied to a slightly lower risk of an earlier death, according to a new study. However, more research is needed to confirm the link, experts say.

In the study, researchers asked nearly 500,000 people in China how often they ate hot, spicy foods. The participants were ages 30 to 79 when the study started, and the researchers followed up with them for about seven years, during which time about 20,000 of the people died.

However, the study was observational, and so it is too early to tell whether there is a causal relationship between eating spicy food and lower mortality, said study author Lu Qi, an associate professor at Harvard School of Public Health in Boston, Massachusetts. “We definitely need more data from other populations,” Qi told LiveScience.

The researchers don’t know why exactly the consumption of spicy food may be linked to lower mortality, but previous research on cells and animals has suggested several possible mechanisms, Qi said. For example, the consumption of spicy foods has been shown to lower inflammation, improve the breakdown of fat in the body and change the composition of gut bacteria, he said.

However, “it is unclear whether the observed associations are the direct result of chili intake, or whether chili is simply a marker for other beneficial but unmeasured dietary components,” said Nita Forouhi, a nutritional epidemiologist at the University of Cambridge in the United Kingdom, who was not involved in the study, in a editorial published with the study in the journal.

At this point, researchers don’t know for sure whether eating spicy foods can have a beneficial effect on human health and mortality, Forouhi wrote. “Future research is needed to establish whether spicy food consumption has the potential to improve health and reduce mortality directly, or if it is merely a marker of other dietary and lifestyle factors,” she said.