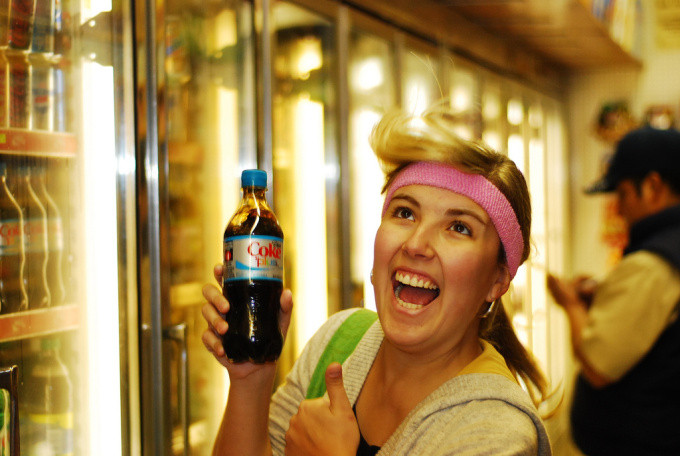 Back in 2014, the soft drink industry funded a study that, coincidentally, concluded that diet soda is better for weight loss than water. These same companies are at it again, not only providing the backing for another study extolling the virtues of diet drinks, but also — according to new reports — directly paying money to the researchers involved.

The latest research to be criticized over this apparent conflict of interest comes from the International Journal of Obesity, which recently published a review [PDF] of existing scientific research on the link between “low-energy sweetener consumption” and “energy intake and body weight.”

The study does disclose that it was funded, in part, by the International Life Sciences Institute — Europe, a group whose board of directors features not just a bunch of heavily credentialed academics, but also executives from Coca-Cola, Nestlé, PepsiCo, Mars, and Unilever. In fact, while there are some 19 people on the ILSI Europe board, three out of five of its officers are representing the food industry.

Additionally, one of the researchers himself is an employee of ILSI Europe, while the study’s lead author previously received research funding from a group called “Sugar Nutrition, UK,” an industry lobbying group formerly known as the British Sugar Bureau. Others on the team have previously been paid for research by the Dutch Sugar Bureau, UK sweetener brand Canderel, or are — as disclosed at the end of the study — “employees and shareholders of companies that manufacture products containing sugars and low-energy sweeteners.”

According to the Times on Sunday [reg. required], the researchers didn’t just get their funding for this study from ILSI Europe, the group also directly paid some of the academics involved around $1,090 each.

Which may not be a concern if the review hadn’t come to such a pro-industry conclusion — that the effect of diet drinks on body weight “appear neutral relative to water, or even beneficial in some contexts.”

As The Independent notes, of the 5,500 studies included in this review, it appears as if the researchers are only using the results of three to reach that conclusion. And of those three, only one — the 2014 paper, funded by the American Beverage Association, mentioned at the start of this story — actually showed any weight loss benefit compared to water.

The University of Bristol, where the study’s lead author teaches, stands by the research, pointing out that it has been peer-reviewed, “which means the data and conclusions have been scrutinised by other scientists.” The school also contends that the study received additional funding from the National Health Service and the European Union.

This news comes on the heels of Coca-Cola’s attempt to start a “political campaign” by providing more than $1 million to the University of Colorado Foundation “for the purposes of funding” a group called the Global Energy Balance Network, which stressed the importance of diet and exercise and downplayed the role of sugary foods in the obesity epidemic.

When Coke’s involvement in the GEBN became known, the beverage biggie claimed it took a hands-off approach to the group. However, subsequently revealed emails showed that Coca-Cola was heavily involved in shaping the group’s message, likening it to “a political campaign, we will develop, deploy and evolve a powerful and multi-faceted strategy to counter radical organizations and their proponents.”

On Nov. 30, weeks after the university gave back $1.1 million to Coca-Cola, GEBN disbanded, posting a notice to the website that Coca-Cola had registered on the group’s behalf.

Then came the news that Coca-Cola had paid $550,000 directly to the man who would eventually head GEBN, and even offered to help his son find a job.